100 miles done for this month… 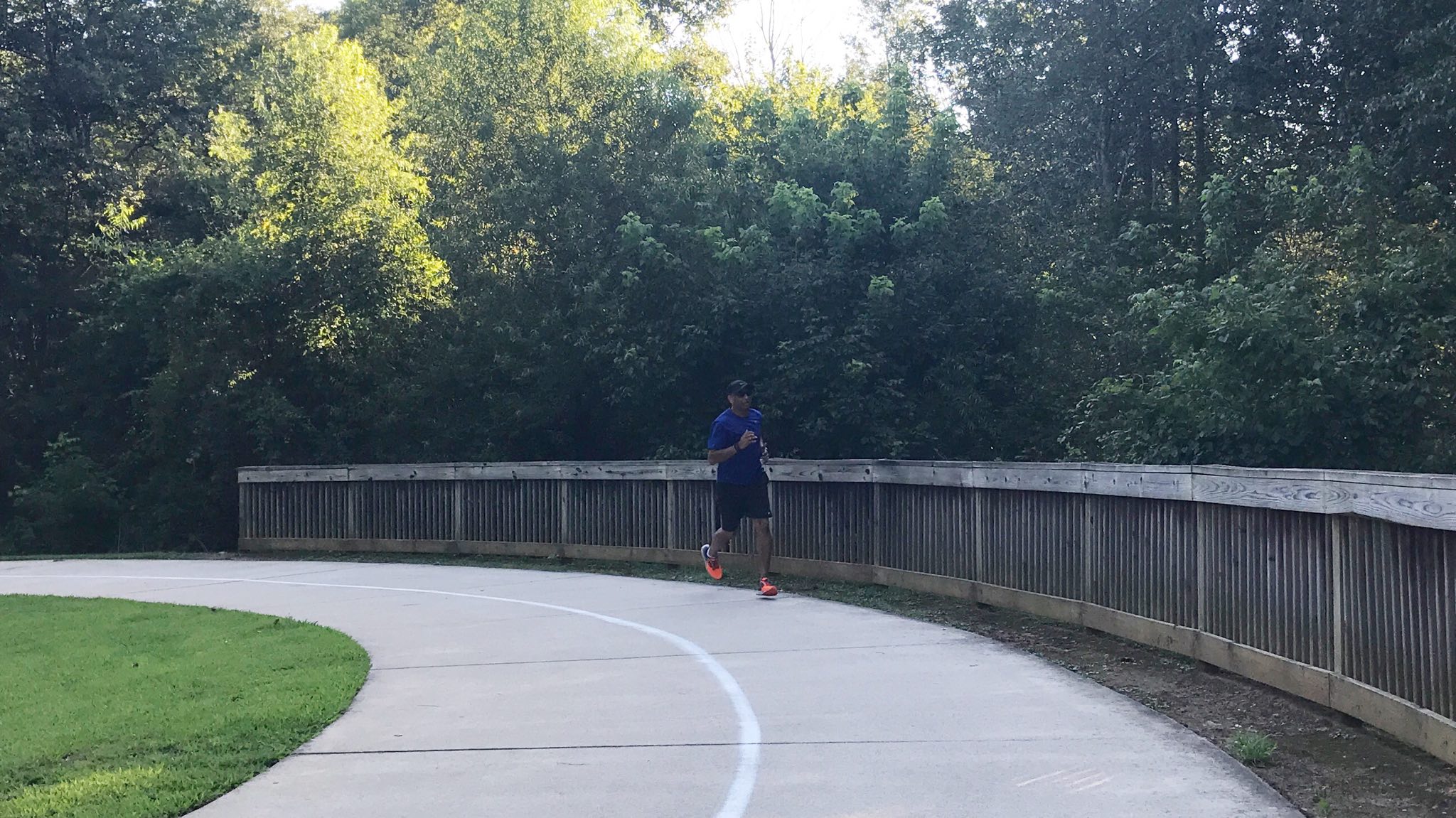 Category: Running | 7 Comments on 100 miles done for this month…

From the bartender’s corner – Ampersand

This is one of those equal parts cocktails like Negroni. I had not heard about this before – so I tried to read up the literature behind it. Unfortunately, there does not seem to be a lot written about this. There is a mention of this drink back in 1935 in a cocktail book. So, we know it predates that date. And the best of sources suggest this probably started with some bar in New York City.

The traditional drink uses Tom Gin. I went with the London Dry style (Akori) that I am still experimenting with. The traditional recipe also calls for Brandy which is what I have used. But I note that many of the modern recipes seem to go with Cognac instead of Brandy. Sweet Vermouth and ORange Bitters rounds up the rest of the ingredients.

Not so strong in the palette, it surely hits a little later. Also, the nose is decidedly orange. In the length you can certainly detect the brandy. 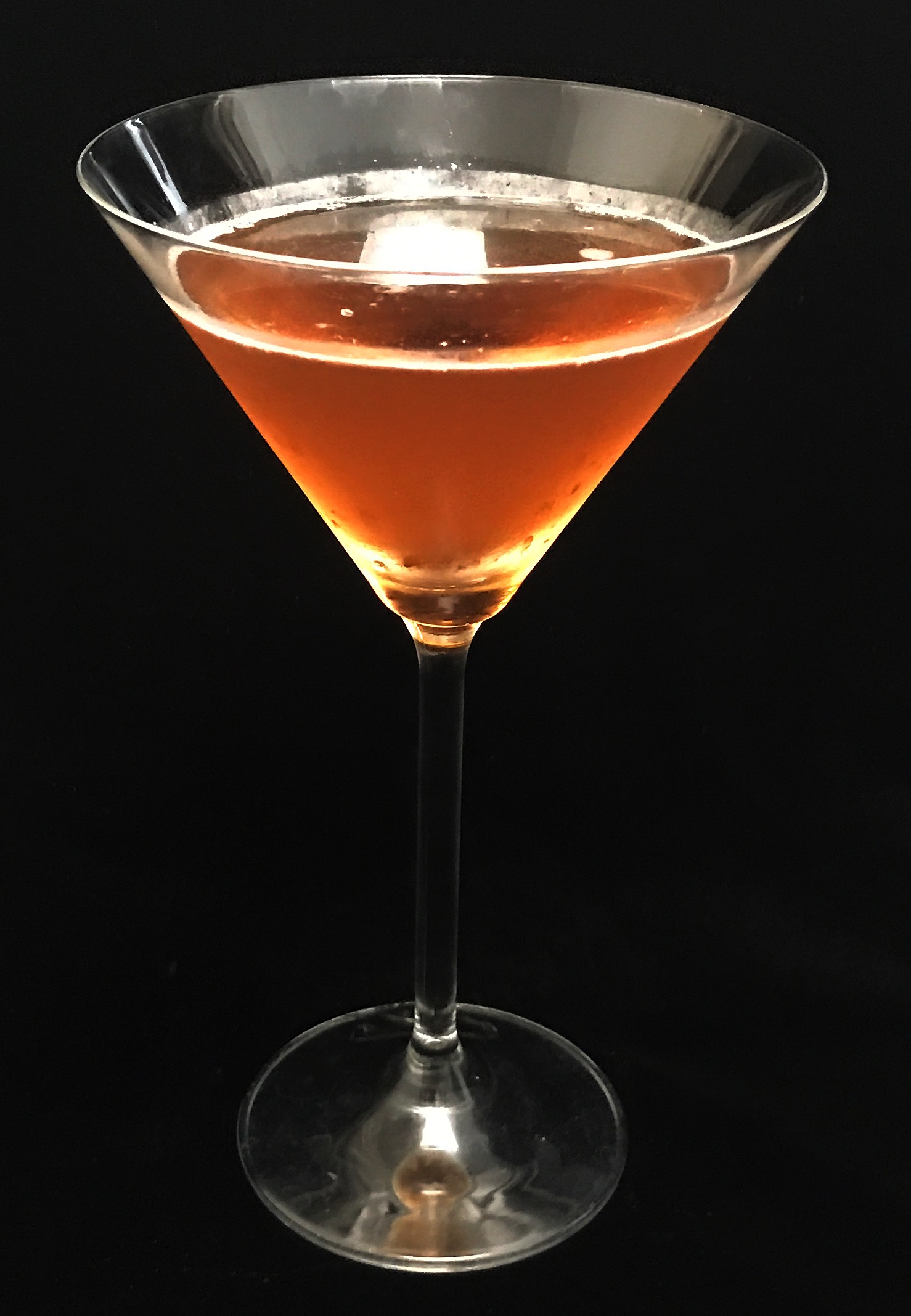 Category: Cocktails | 1 Comment on From the bartender’s corner – Ampersand

Morning hike to the top of Kennesaw Mountain 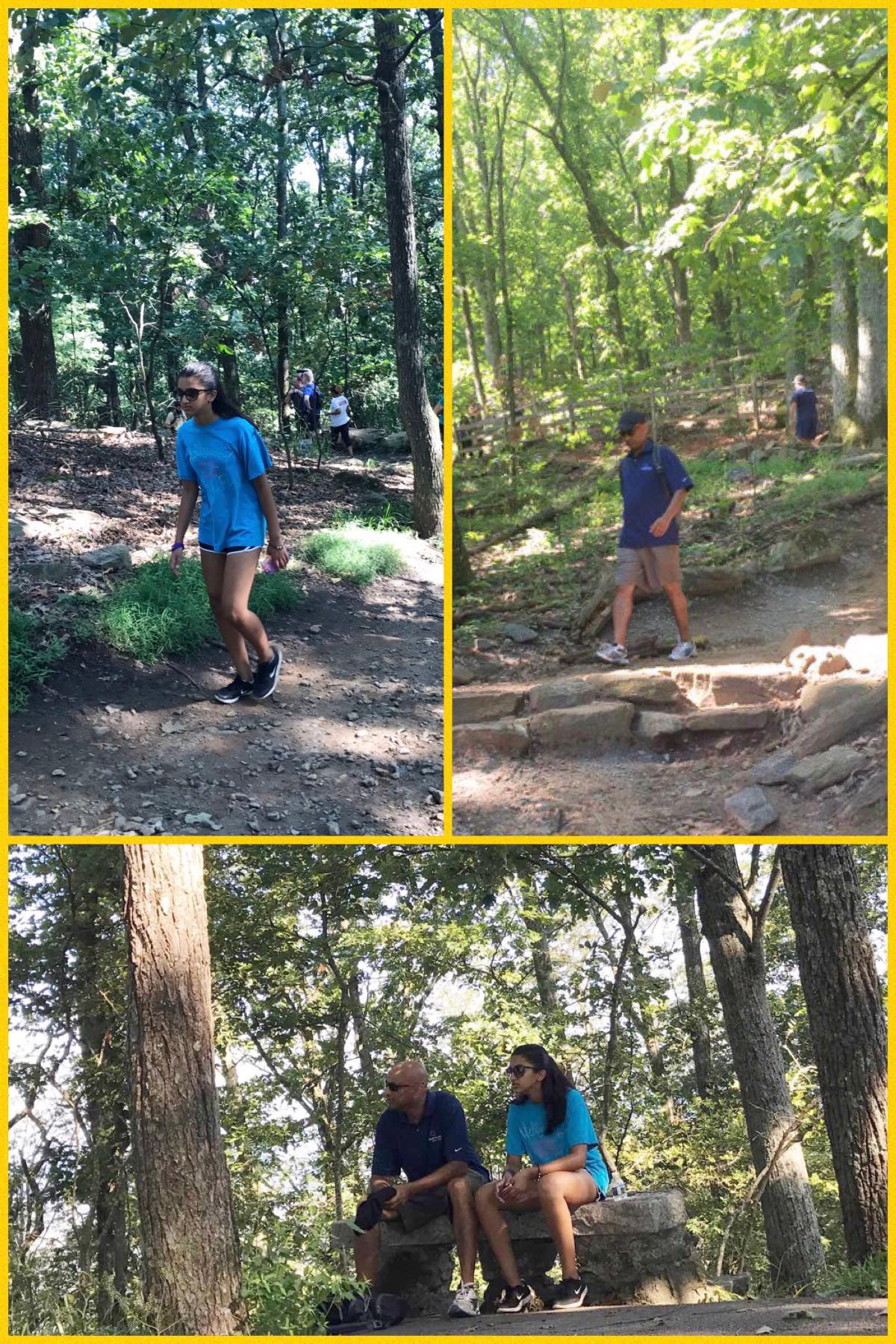 Category: My Family | 2 Comments on Morning hike to the top of Kennesaw Mountain 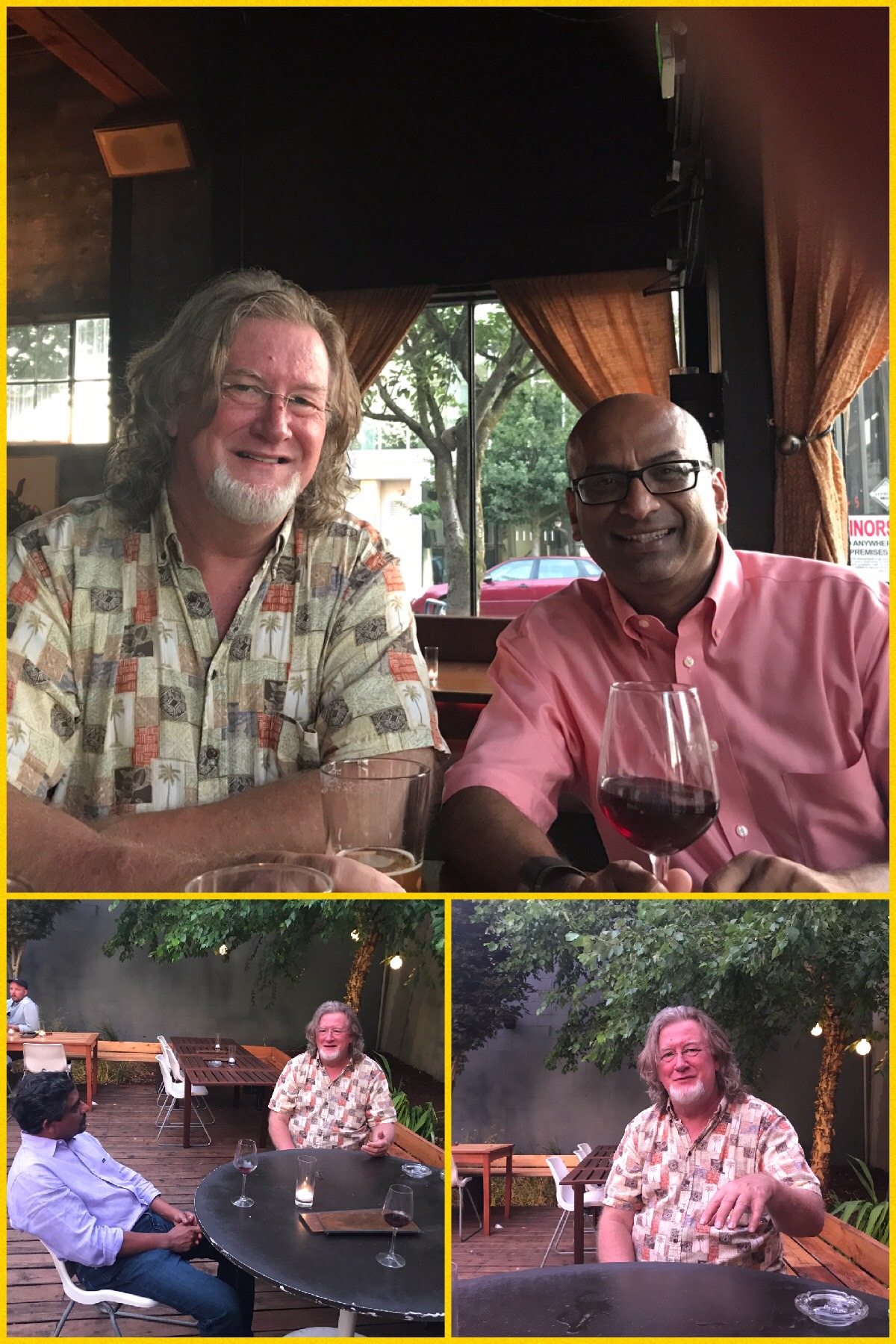 Category: Intersection Points | 13 Comments on How his lime green shorts almost lost us a deal!!

Nikita at a game she loves… 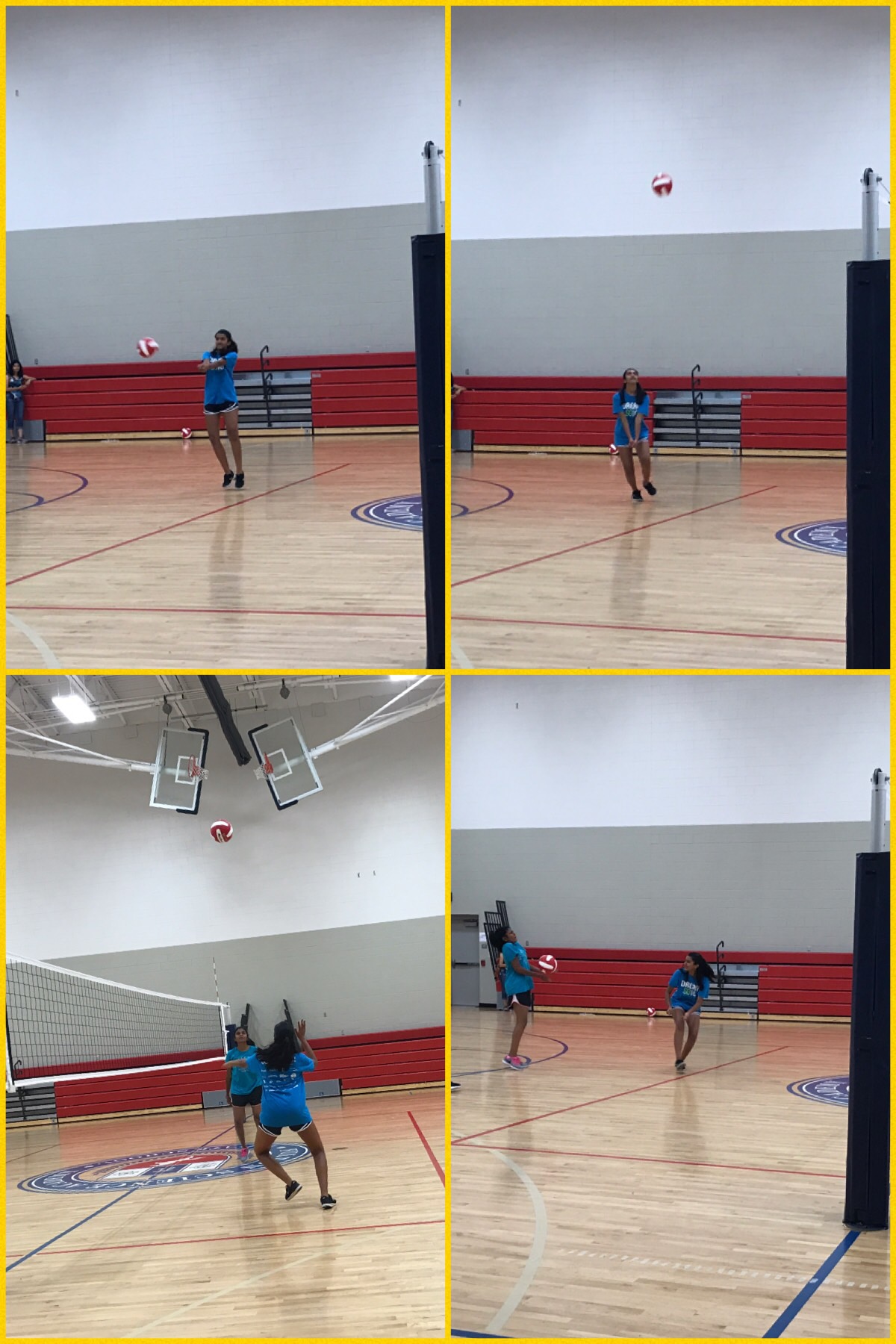 Category: My Family | 2 Comments on Nikita at a game she loves…

One more from Ghalib

“I don’t see any hope coming my way
Nor a visage of a solution meets my sight
That death will come one day is definitely true
Then why is it that I cannot sleep all night?” 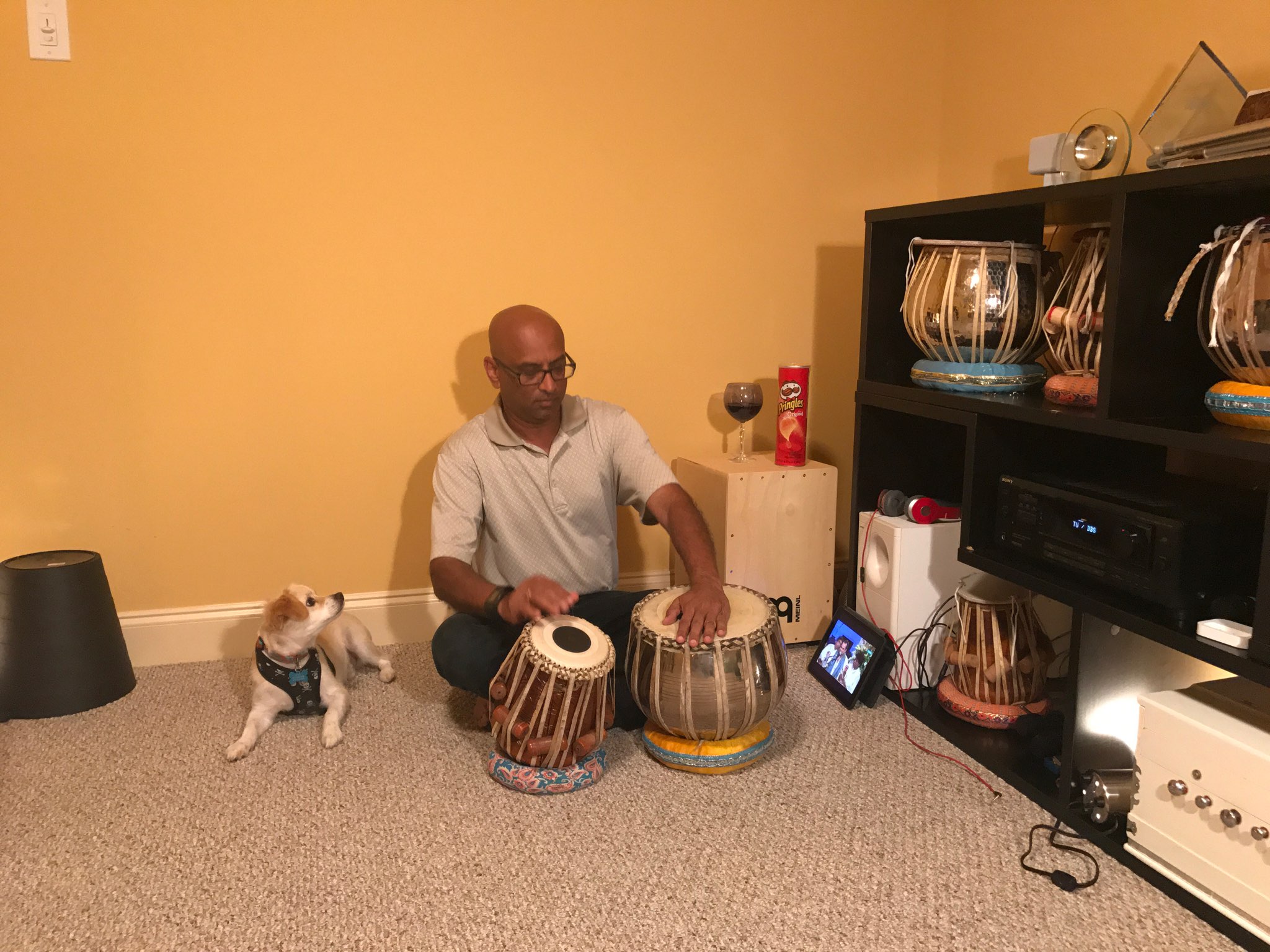 Category: Musings | 4 Comments on One more from Ghalib

The gin, from its name, would sound like it is made in Japan. That it is not. In fact, it is distilled – London Dry style – near Barcelona, Spain.

However, it does have a lot of Japanese influence in it. For starters the base alcohol is made from rice. While I have had gins made from corn base, wheat base and once even sugarcane base (remember the one from Colombia?), this is the first time I had something that was rice based.

The botanicals, other than the usual suspects, have some Japanese influence too in that it has dragon fruit, ginger, citrus and kumquat.

The nose is predictably fruity – as is the palate. Middle of the rung gin, in my opinion. I enjoyed it more with Fever Tree Indian Tonic Water. 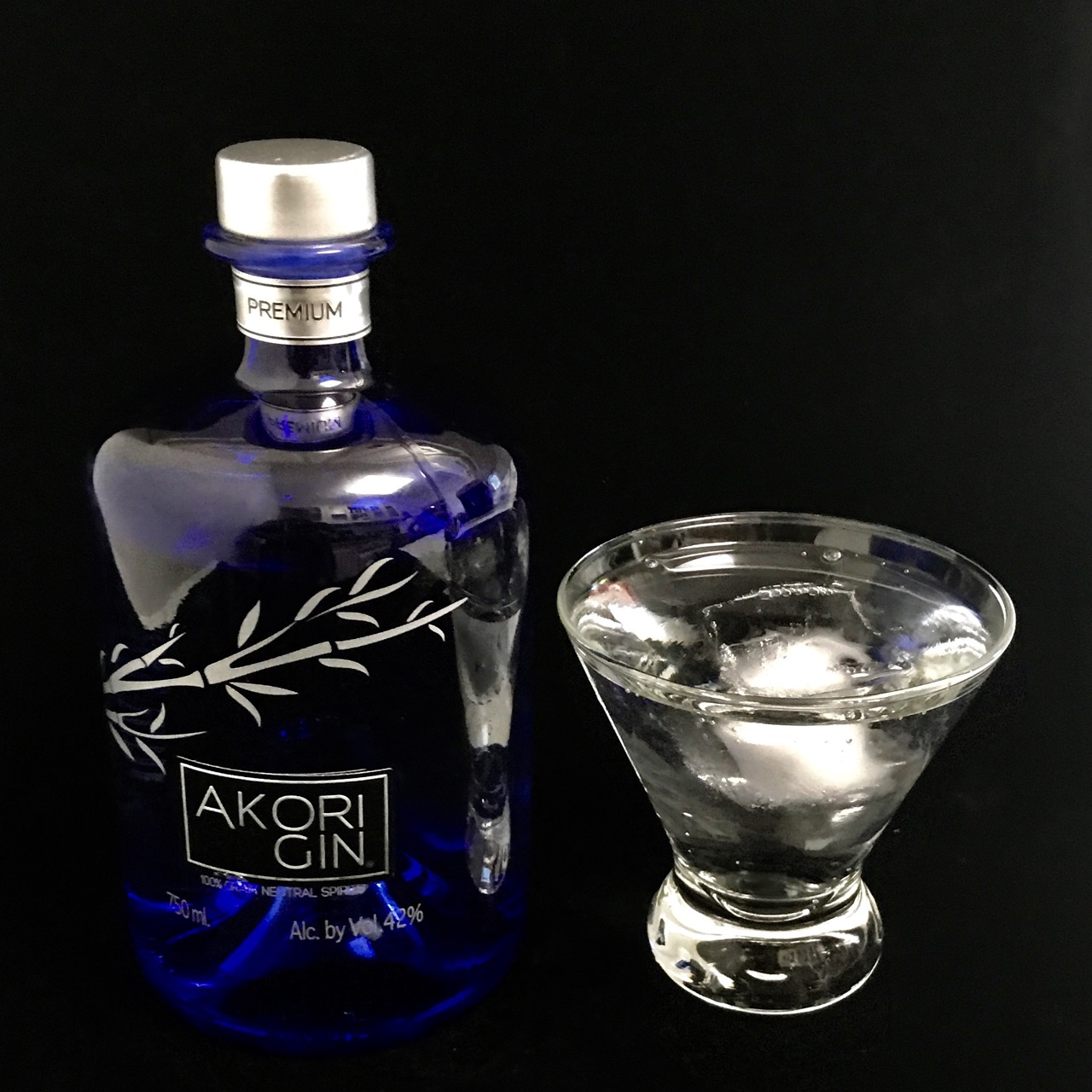 The icing on the cake in Florida

Words like Florida and “icing” are difficult to put together. But there was really a “cool” reason why we chose last week to make our annual visit to Fort Lauderdale. Because that afforded us a chance to meet Madhumolli and her family – Debjit and Damayanti who were visiting the US of A from their abode near London, UK.

Madhumolli and I were batch mates back in Durgapur. We never were in the same school but had common friends and then over time we became friends ourselves. There is an old story here that I insist mentioning – that those days she could not stand me (apparently, she had standards 🙂 ) and to this day, she has fought my storyline tooth and nail 🙂

We are very different people – she is the quiet and strong types and I am the … Well, let’s just admit she is the quiet and strong one. She loved medical sciences. I loved engineering. And sometimes they did not mix too well. There was something I had said once when I went to visit in her hostel in Calcutta Medical College and she simply grabbed hold of me and started dragging me to the next building – which was a morgue!! It was not that difficult to drag me. In fact, I will go ahead and admit that I was (and am) the garrulous and weak type!! 🙂

Over the years, I have kept up with her by phone and personal visits in UK and Kolkata whenever I got a chance. My last meeting on July 11, 2013 was a memorable one. You can see the picture here… (http://www.rajibroy.com/?p=3385). After a day full of meetings, I had quickly changed into my running clothes and then hauled myself to Slough to keep an old promise I had made to her daughter. She had started running the previous year and I showed up to keep the promise of running with her next time I was in London. In all that excitement, we got Debjit – who had just arrived from Brussels – to run with us for some distance – in his office clothes!! And I turned around immediately, came back to the hotel in London and after a shower went out for a customer dinner!

Almost to the day, four years later, we met again in Fort Lauderdale. Most important, we were there with Damayanti the day she turned eighteen!! It was also very interesting to watch Natasha and Nikita exchanges notes with Damayanti on each other’s countries!!!

We met twice during our stay in Fort Lauderdale. Had the most enjoyable time!!! 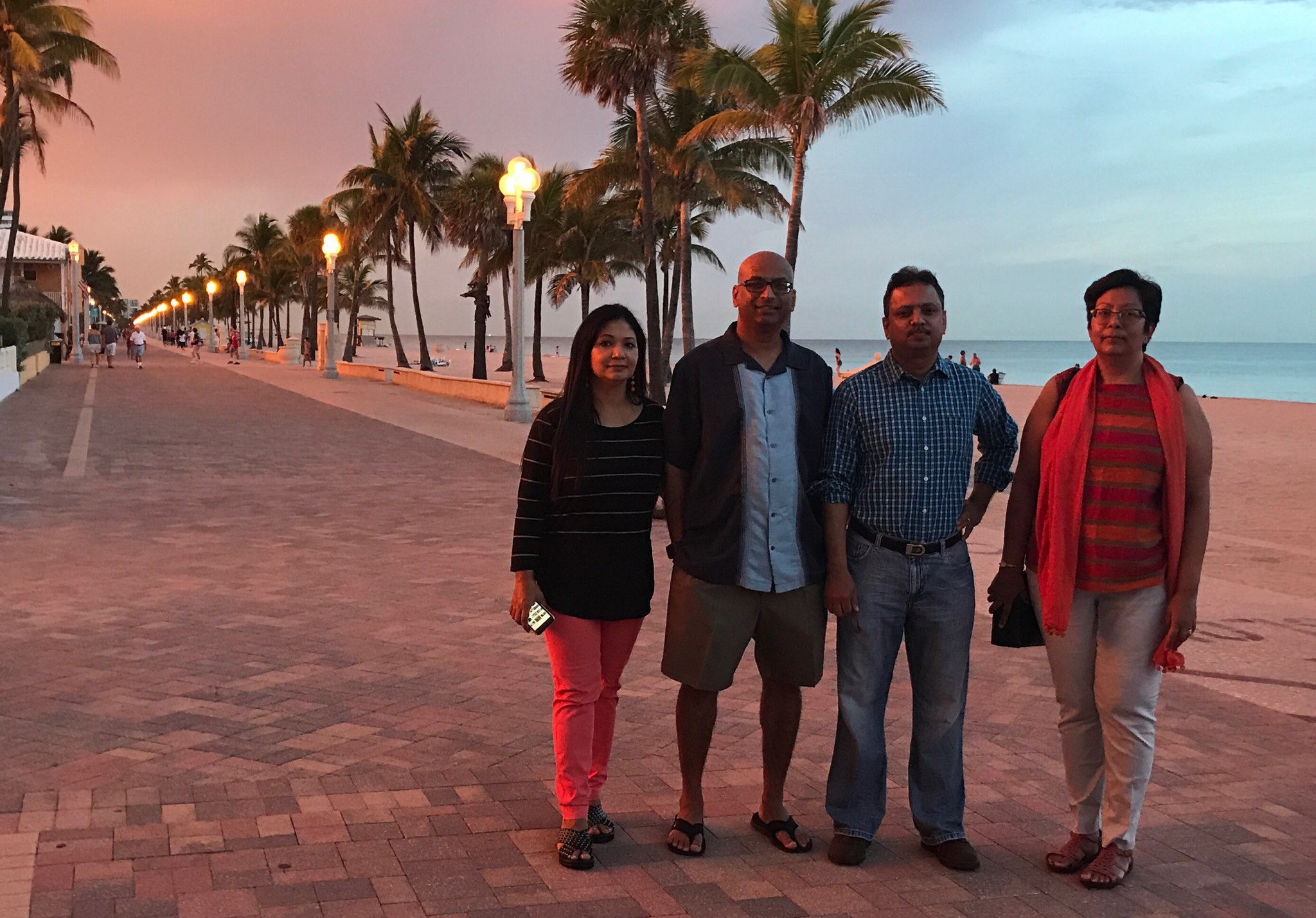 Category: Intersection Points, Vacations | 5 Comments on The icing on the cake in Florida

Had a lucky break with relatively less cloudy sky. The plane took off from the Portland airport towards the Pacific Ocean. And then banked right to take an about turn – giving me one of those rare sights from the window seat.

Mt. St. Helens, Mt. Rainier and Mt. Adams – all in the same frame. The picture was taken from about 20,000 feet and climbing and about a 100 linear miles away from Mt. Rainier with an iPhone… 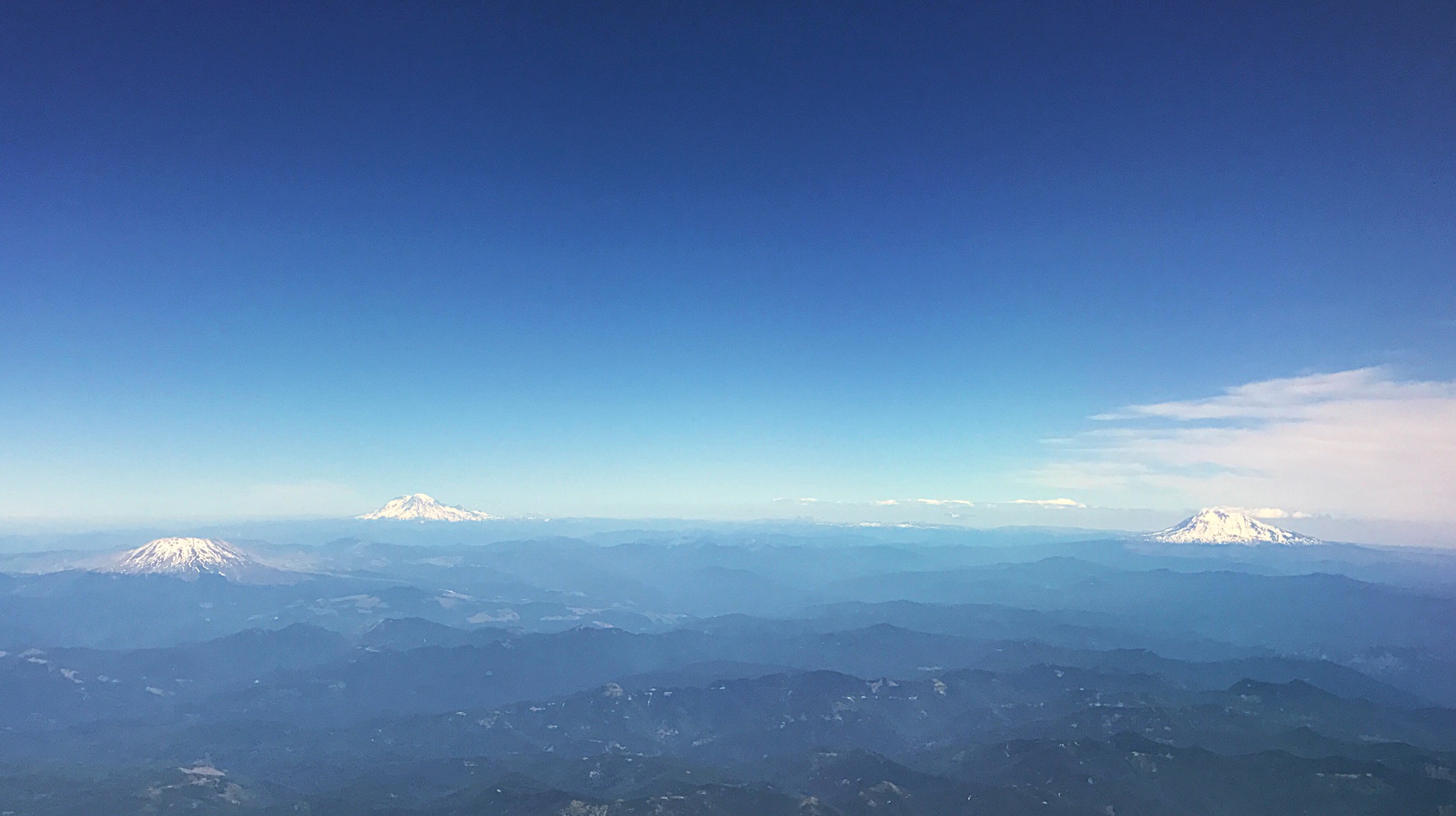 Back to the future…

This is where our US journey had started. Nearly a quarter century ago, after getting married in a court of law in India, we had headed out to the US. And this was the airport that we finally had stopped our journey in. After thirty hours of flight or so, I was completely dazed and thoroughly ill equipped to understand anything foreign (e.g. I had entered a “Restroom” at the airport thinking that is where I could catch some rest during transit 🙂 Don’t blame me – in India, we called them “Toilets”).

In any case, our entire married life has been in the US and it all started at this airport in this country.

We come back to this airport every single year. 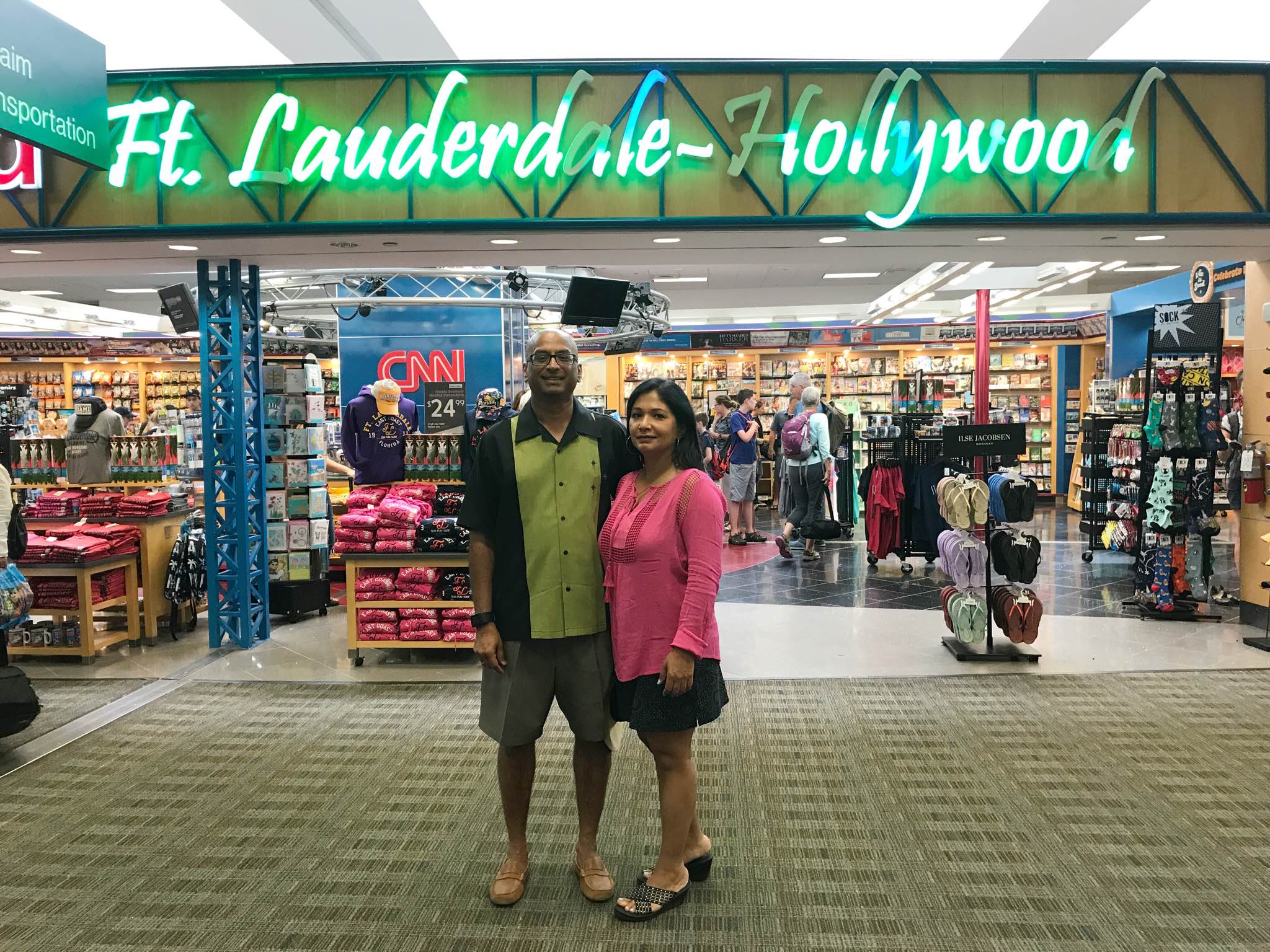 Category: Musings, My Family, Vacations | 5 Comments on Back to the future…