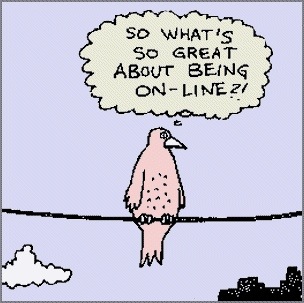 An evening at Milton’s

Every Sunday Sharmila and I have our date night at Milton’s. When you go to the same bar every week for years you tend to get to know the folks at the bar and their families and many of the regular customers (and Sharmila too 🙂 ). And that is part of the charm of our date nights. Without Milton’s our date nights would not be as memorable.

Case in point: Today’s featured singer Jamie was merrily singing and I was focusing on my Bourbon, when a small kid – he could not have been more than three years old – escaped from his parents and strolled into the bar area. As if on a cue, Jamie started singing “Twinkle Twinkle Little Star”. As the kid watched Jamie mesmerized, all the folks in the bar spontaneously gathered around the kid and Jamie and joined in the song. Eventually, the harried dad who must have realized his son was missing appeared on the scene too!! After the song, everybody clapped loudly and went back to their seats laughing!!!

It is these impromptu moments in life that gives you what scripted schedule can never give you – they sense of some unique moments that probably will not repeat again!! 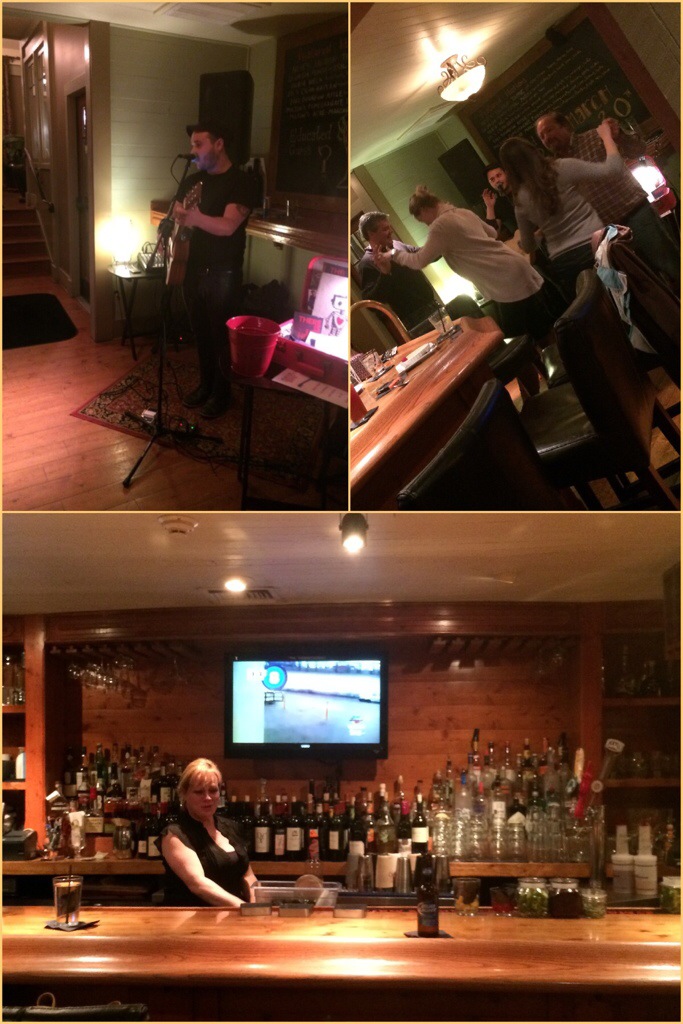 Category: Musings, My Family | 3 Comments on An evening at Milton’s

From the bartender’s corner – Purple Rain

Here is a suitable drink for a rainy and wet day – Purple Rain.
Gin, cranberry juice, sweet and sour, sparkling water and blue curaçao.
I understand this can be served in a martini glass or a highball glass. Was not in a mood to waste too much drink (alone at home today), so made it in a martini glass… 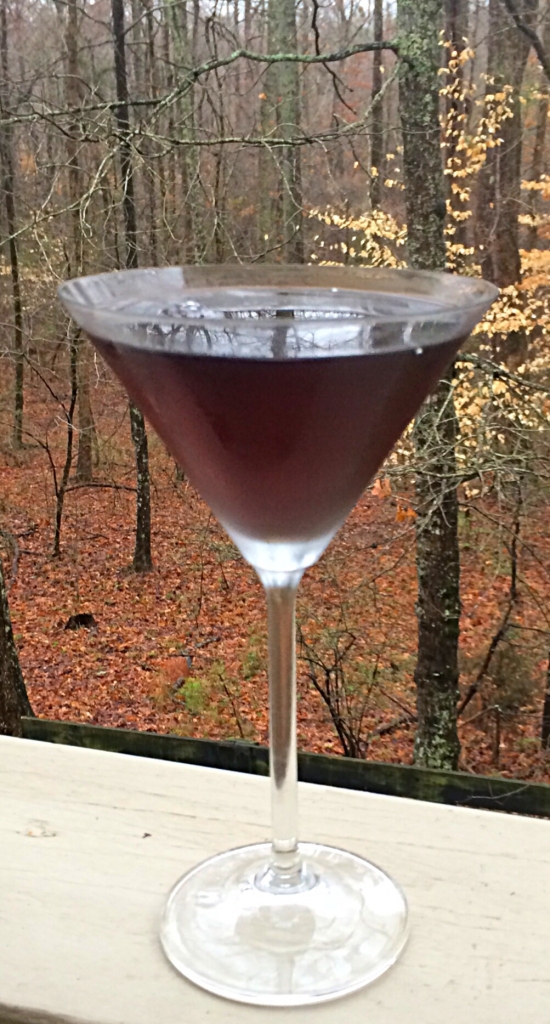 Two surviving members of the Chalupa clan today. Trail run in rain and cold. The near desolate trail was incredibly beautiful in the rain. The overnight rain had the creeks gushing with water. The big trees were dripping constantly.
As we finished up our run, a lady who was just starting her run, summed it up best as we passed each other – “What a beautiful morning”!
Amen!!! 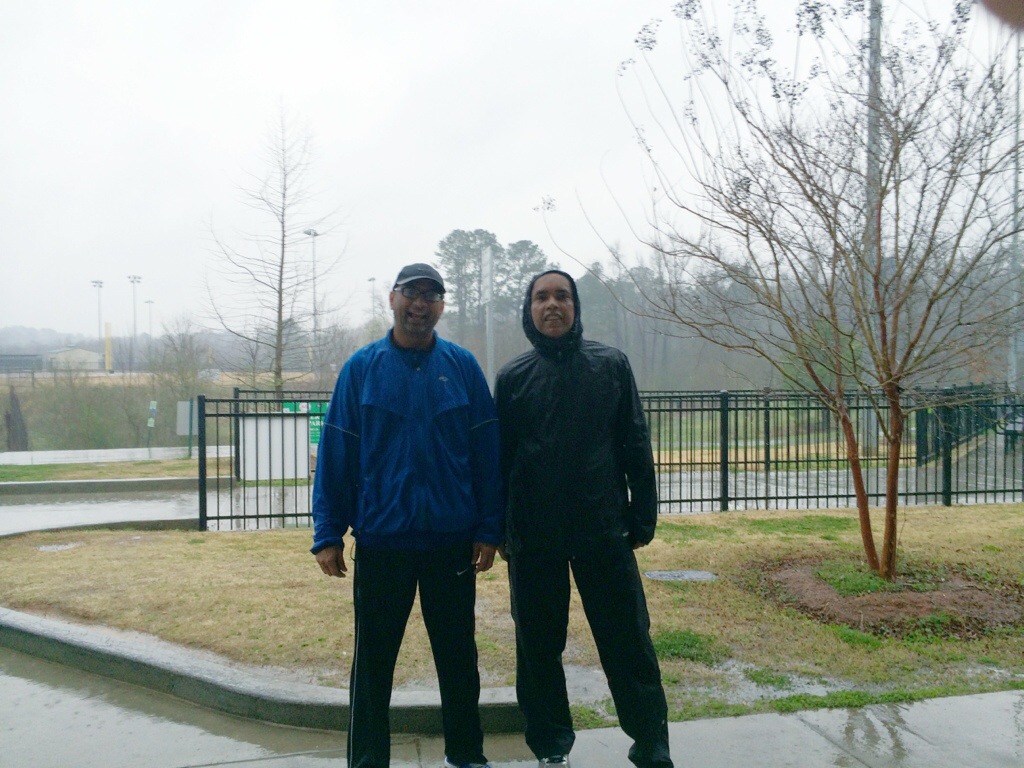 Going to be an interesting run

Raining constantly. Only one other person in the trail. Not a single Chalupa has shown up yet…. 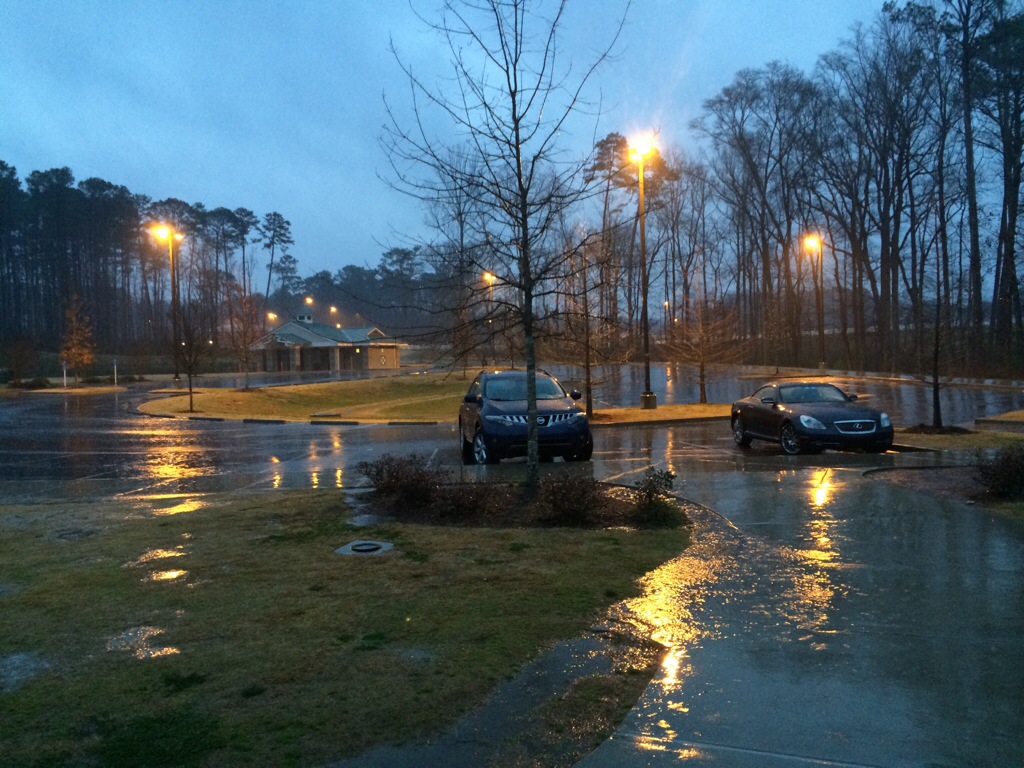 From the bartender’s corner – Strawberry Jive

A good refreshing drink for spring days. Called Strawberry Jive, it has strawberries, mint leaves, basil leaves, sugar syrup, dash of lemon juice and gin. Although I had to make do with the fact that I had run out of basil leaves… 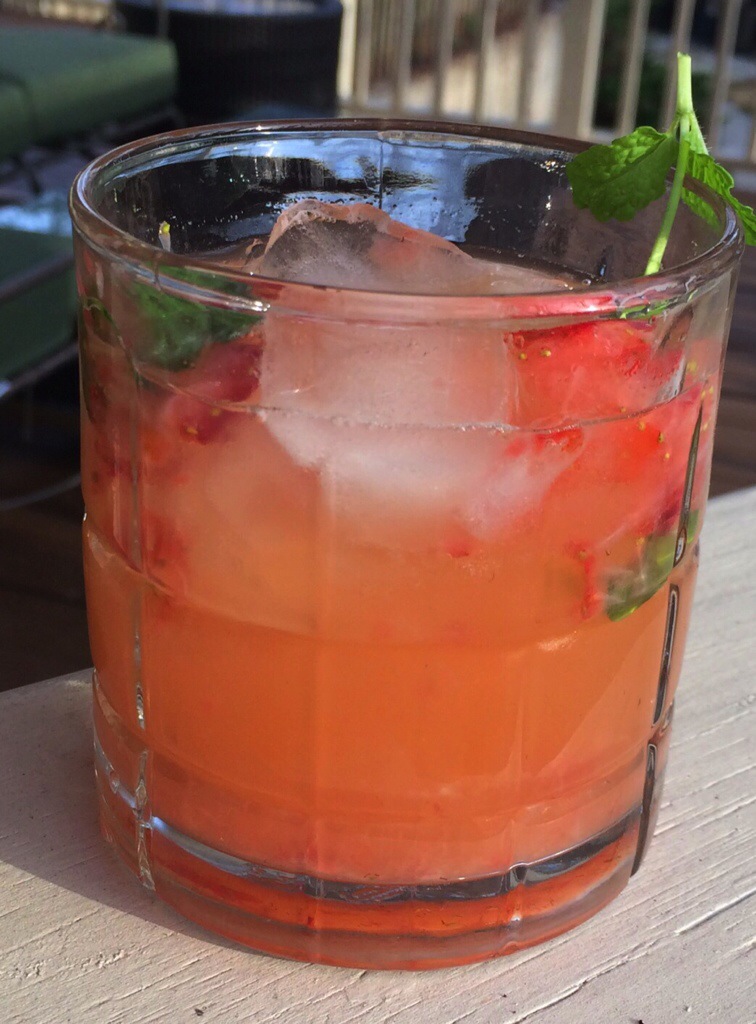 Category: Cocktails | 3 Comments on From the bartender’s corner – Strawberry Jive

Whoever can come up with three numbers that add up to 0 first wins the game. It does not have to be the only three numbers she has. For example, she might have picked -3 and then in next chance picked +2. Hoping to pick +1 next. But other player seeing that, would  have taken away the +1 in the next move. So let’s say the original person next picked 4. And then if she got a chance to pick -1 in the next move, she would have -3, +2, +4 and -1. Note that -3, +4 and -1 adds to 0. So she wins.

If you are seeing this in FB, send me message and do not post answers in Comments section.

USA Today Tech Section front page carries an article that declares in its first statement “millions worldwide celebrate Pi day today” (today being 3.14). That led me to the curiosity question – how many countries follow MDY format for dates? Who are these other “worldwide” folks? Want to take a guess? Only USA!!! Okay, I am discounting Belize!

More than 10 times the population of USA in this world write their dates in DMY format. That should mean they would celebrate July 22 (22/7) as Pi day.

China – with more than four times the population of USA – follows another format – YMD.

But then, we will come up with any excuse to eat some more pie!!! 🙂

I reached the Starbucks to meet my two young friends (see previous post) a little early. So, I figured I would freshen up a little in the restroom and settle down with my emails and such till they showed up.

As I returned from the restroom, I saw a Starbucks lady arranging the wine bottles (yes, this one had wine) and as my eyes made contact with hers, I gave the usual polite “How are you?”. And then in a fraction of a second, I realized who it was. So, I stopped and exclaimed “Hey, it is you!”. She also nodded saying “I thought it was you when you walked in”.

And that is how I ran into Heidi Dawson!! After such a long long time!! I had completely forgotten that when she moved back from North Carolina, she had taken up a job as a manager of that Starbucks.

I also remembered how – many years back – on a Friday morning, three of us went for a run – she, myself and her dog. And such was her pace that it was a matter of intense debate after the run who had a longer tongue out – myself or her dog!! 🙂

At that point of time, I did the following math – Hmmmm… 100K means about 65 miles. So, that would take me an hour of drive on the highway. I get really tired and bored driving an hour on the highway. Probably not an appropriate time to bring up the fact that these days I am running 5 miles. On a great day 7 miles! 🙂

So, in a jiffy, I switched topics to enquire about her husband Tim and the three dogs 🙂

Seriously though, it was so great to see an old friend after such a long time. We caught up on what has happened with each other thru these years. I miss running with my old friends…. 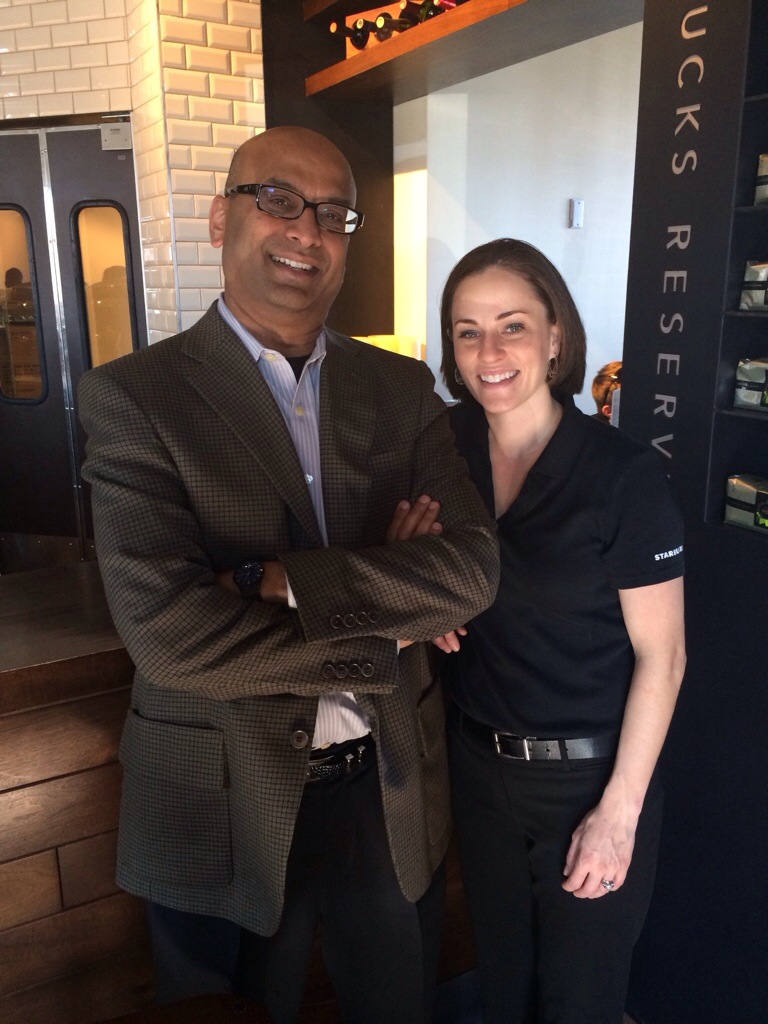 Most twenty somethings find me very weird. This is no different than thirty somethings or forty somethings 🙂 However, there are two folks – Shruthi and her boyfriend Hank who actually seek to meet me whenever they are in Atlanta. I know Shruthi’s dad from 1991 and have actually seen this young lady grow up from a few days old to the fine lady she is now.

I was very excited that they would spend an hour with me today. I find both of them very classy (I cannot think of too many kids that age writing hand written letters to thank me for an evening of discussing job choices and professional guidance. Most don’t bother to write a nice email).

Had a great hour with both of them at a local Starbucks. Made me realize how much smarter young folks these days are compared to when I was their age! As an example of how smart they are, Shruthi was narrating the story of a recent job interview she had gone to and how the interviewer reminded her of me. When asked how so, she went at length to describe how she found him to be a weirdo 🙂

I was so proud of myself, I asked the Starbucks lady to write my name as “Weirdo” 🙂

I wish I could many more hours with these really great kids!! 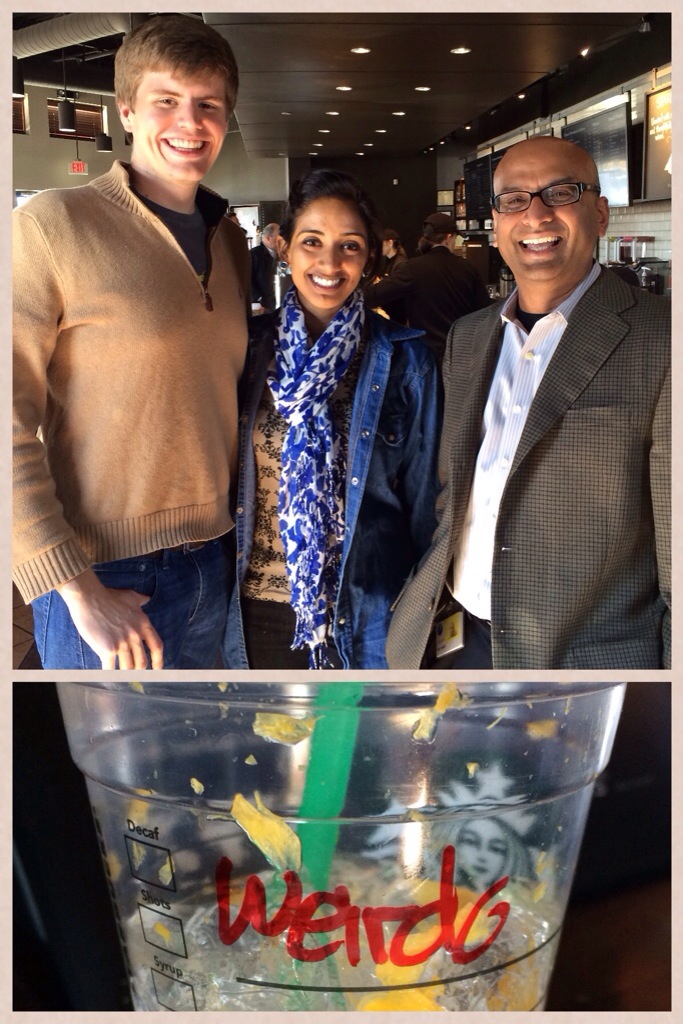 Category: Our Friends | 2 Comments on My cool friends